Synergies Around The Amazon Rainforest

Assessing The Wildlife Around Yanayacu River In Muyuna Lodge

The assessment of the wildlife around the Yanyacu River, in collaboration with the WWF® started in July 2019, sampling 6 sites in the lakes and tributaries around Muyuna. These water samples, together with the georeferenced coordinates, were sent to a research laboratory for later analysis.

A total of 137 species were identified and, as expected, fish were found to be the most abundant throughout the tested lakes and rivers. Additionally, lakes were found to be the water body, in which animal groups were mostly identified, as Graph 2 suggests. The main reason due to the nonexistent water flows, allowing more available time to test and reach the required accuracy. 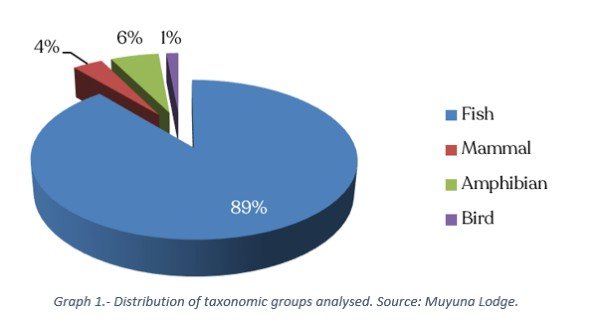 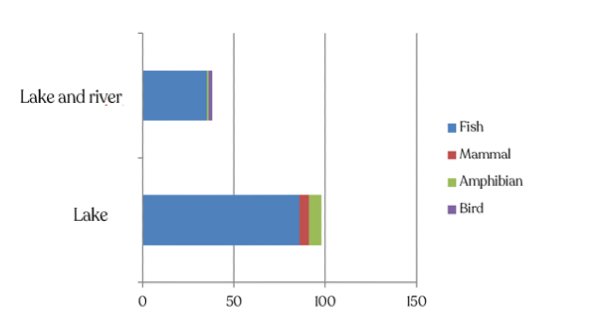 Due to the current conservation status, Inia geoffrensis – the marvelous pink dolphin- and Arapaima gigas – the largest sweet water fish – are the most remarkable within the list. However, it is worth noting some important findings: Makalata rhipidura – Peruvian tree rat- has been registered. This species is difficult to observe and it is endemic.

We want sustainability to become part of our own DNA.
Next project on the list: Conversation Plan of Makalata rhipidura.

Muyuna, the magic will stay in you.